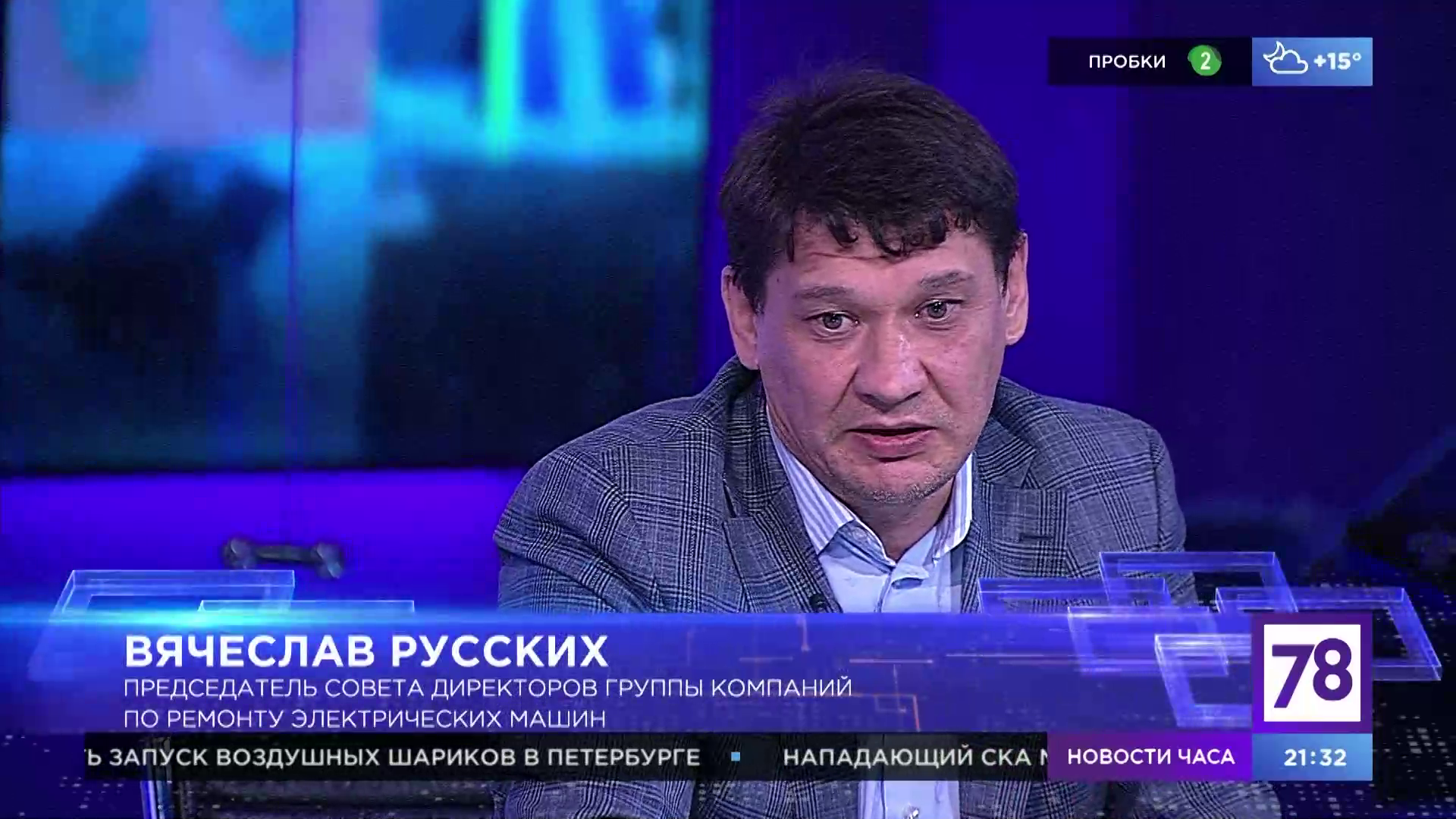 Yesterday, on August 10, Vyacheslav Russkikh, Chairman of the Board of Directors of a group of companies for the repair of electrical machines, took part in the next program “Results of the Day” as one of the invited experts. The following topics were covered in this program:

police officers were looking for last year's snow in one of the city's cleaning companies. The security forces suspect that the company melted the snow much less than it did according to the documents;

the situation on the labor market and the state of the economy. One of IKEA's factories in Tikhvin will resume work from September, but temporarily: it will be prepared for sale.

the draft master plan. The reception of proposals and comments to it is coming to an end the other day.

The full video is - available here .

Stay tuned for our news and events!