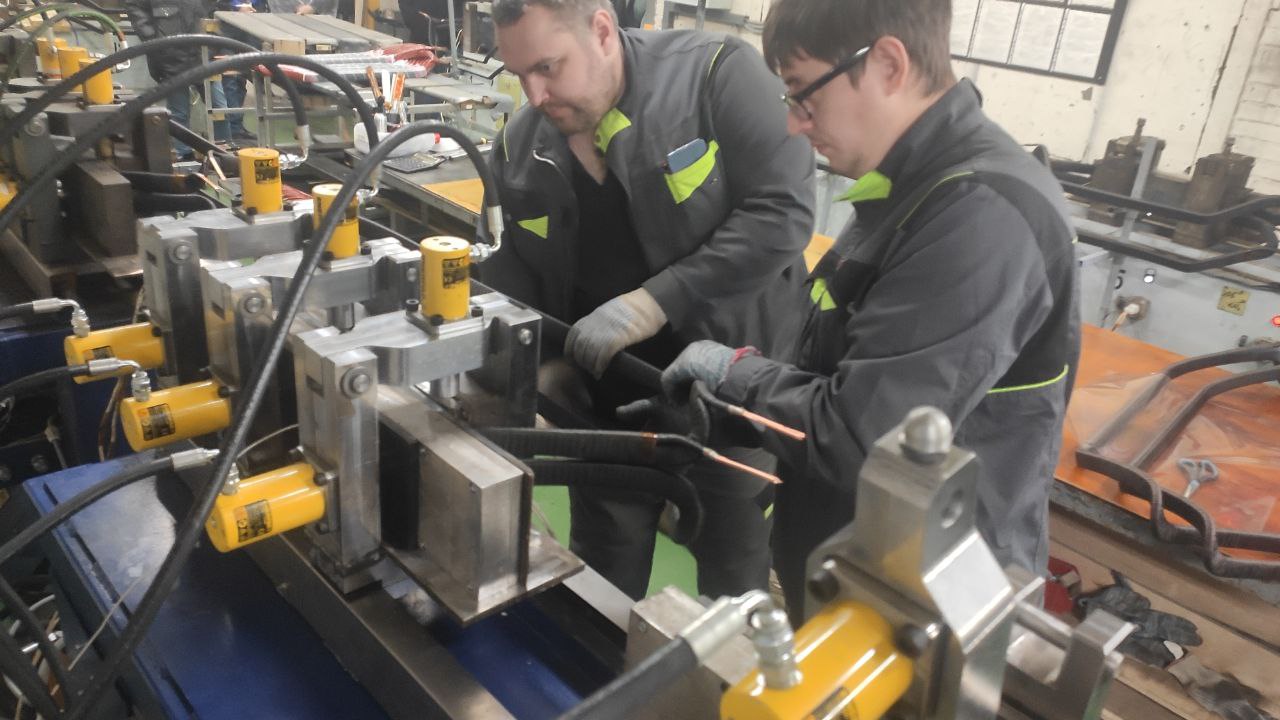 In November, the Rem&Coil plant (the company is part of the SZEMO holding) launched a new hydraulic press for pressing coils of its own design.

The company's engineers independently developed this equipment from scratch, which, in terms of its characteristics, is not inferior to foreign analogues. The main reasons for creating our own press were: an increase in the number of orders, the ability to flexibly adapt the pressing program to our own needs (when such a task arises), as well as the development of our own machine cost several times cheaper.

This is our third generation press designed for hot pressing of stator coils and bars using Resin Rich technology.

The first generation are mechanical presses, the second generation is the first hydraulic press of our own design. The new press belongs to the third generation, which we made by upgrading the previous version of the "smart" press GP400. Making it the engineers focused on the design and as well as on the advanced automation.

The Resin Rich insulation system is used for motors and generators up to 18 kV. It’s able to withstand any environmental conditions due to mechanical, thermal and electrical properties.

Temperature during pressing: up to 200 C

Ahead of the wishes of customers, we are constantly working on expanding the range of products. For that, we produce our own equipment, upgrade current ones or purchase new ones.

For us, each new machine, new production line, and new employee is a contribution to the development and prosperity of the company.

Stay tuned for our news and events!